How Universal Basic Income could transform work as we know it

How different might the world of work look if we all received a guaranteed basic income? Ten experts offer some very different perspectives

What would you do if you received a guaranteed £1,000 a month for doing nothing? Would you quit your job? Start your own business? Travel the world to pursue your true passion? If the Universal Basic Income (UBI) is ever introduced, you could be asking yourself these questions for real one day.

The concept of UBI – a guaranteed monthly sum given to every citizen by the government – isn’t new: it’s been supported by everyone from Martin Luther King to the conservative economist Milton Friedman. But the last few years have seen cities across the globe start to experiment with the practice. Elon Musk, Mark Zuckerberg and Nobel prize-winning economist Angus Deaton have all given it the thumbs-up.

So, with the change to society potentially huge, how do the experts predict it could impact the world of work?

Think you’d throw in the towel at work if you were receiving a guaranteed income? Think again. According to Jim Pugh, co-founder of the Universal Income Project, many studies have shown that very few people receiving basic income drop out of the workforce. Writing in The Guardian(1), he says, “Some experiments have even found that basic income increases entrepreneurship, which would ultimately lead to more employment down the road. The truth is that most people want to contribute to society. If we can provide them with basic financial security, they’ll find a way to do it.”

What’s more, the guarantee of a set income may actually makes us happier and more productive during our working hours. “As people have time to adjust to this newfound freedom, a number of positive changes could develop,” says Chris Agnos(2), founder of Sustainable Human, a million-strong online community focusing on issues of sustainability. “For one thing, employers could no longer take advantage of people’s survival anxiety, as the lack of a job would no longer lead to a life on the streets. Instead, workers will demand a more dynamic and higher quality work experience.”

He suggests that if people were able to do jobs they enjoyed, they’d be more passionate about their work. “A recent survey said that 70% of people hate their jobs – that is 70% of the population who would rather be doing something else with their lives rather than what they are currently doing,” says Agnos. “This systemic drudgery takes a toll on our lives in the form of fewer smiles, less laughter and only a fraction of the joy that might otherwise be possible.”

3. An increase in entrepreneurs

Good ideas often come from having time to think – something that’s not always possible when you’re caught up in the daily grind of the nine-to-five. Hence the argument that UBI could free people up to pursue more entrepreneurial opportunities. In a Freakonomics Radio discussion(3) about UBI, Evelyn Forget, an economist at the University of Manitoba in Canada, points to the 18th and 19th century, when some of the great scientific and cultural breakthroughs were made by people who didn’t work. “These were gentlemen of leisure,” Forget says. “I don’t think these individuals felt useless. I don’t think their contribution was negligible.”

4. People going back to work

UBI incentivizes employment. “The current benefits system disincentivizes employment, because many households experience almost no additional disposable income if they earn more,” explains Dr. Malcolm Torry, director of Citizen’s Basic Income Trust, writing in The Guardian(4). With UBI, many households would be taken off means-tested benefits – with each experiencing lower deduction rates on additional earned income. “The current system of in-work benefits functions as a significant subsidy to wages, because tax credits and universal credit go up if wages go down. A basic income would not do that, so it would have less of a subsidy effect.”

Could UBI lead to a better-educated workforce? Possibly. “Back in the 1960s and 1970s, the US and Canada were seriously considering the possibility of instating a UBI,” says Joel Dodge in an article for Quartz(5). During that time, the US and Canadian governments commissioned a series of experiments to study the effects of a guaranteed income, particularly on work. One of the key findings was the impact of the scheme on young people. Says Dodge, “Teenagers put off getting part-time jobs to focus on school, leading to a noticeable decline in high school dropout rates in the Canadian town of Dauphin, and to double-digit increases in high school completion among participating families in New Jersey, Seattle and Denver.”

6. A smoother path to a robot future

“Advances in artificial intelligence, robotics, and other technologies have called into question the future of work,” says Shanta Devarajan, the senior director for development economics (DEC) at the World Bank(6). Pointing out that some technologies – including, for example, self-driving trucks – will lead to people losing their jobs, she suggests that UBI may help society manage this transition. “A system where part of the increase in productivity is taxed, and then distributed as cash transfers to all citizens, whether they are working or not, could help resolve some of the tension.”

7. A shift in the meaning of work

“There’s much work our society benefits from which is often unpaid,” says Clare Ozich, executive director of the Australian Institute of Employment Rights(7). “The most exciting aspect of the debate on UBI is that it opens up a discussion about how we perceive work, and what value we place on what forms of work.”

She adds, “One of the critiques of UBI is that it is giving people something for nothing. Is it really? Aren’t there already multiple ways we all contribute to our society all the time outside the narrow concept of paid employment? Parenthood and child rearing, as well as volunteer work and the work and time we put into conservation, are all forms of work that help our society in many ways, but we often value employment status – who signs your paycheck – higher than these after-hours projects we partake in.” 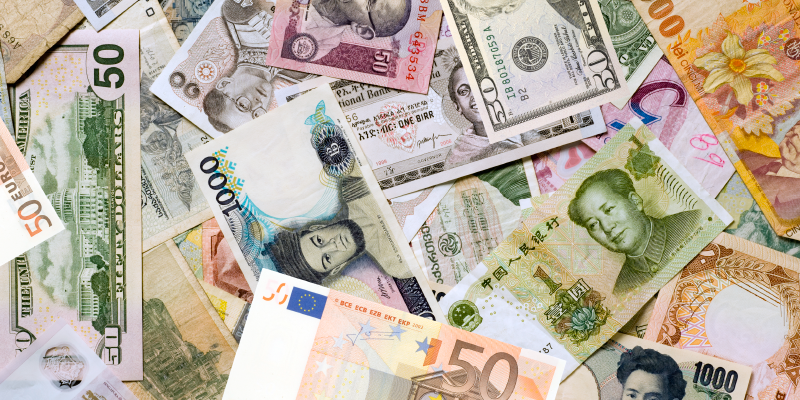 But on the other hand…

“UBI [could] undermine social cohesion,” predicts Ian Goldin, professor of globalization and development at the University of Oxford, in the Financial Times(8). “No decent society should tolerate dire poverty or starvation. But for those who are able, help should be designed to get individuals and families to participate in society; to help people overcome unemployment and find work, retrain, move cities. Wherever possible, safety nets should be a lifeline towards meaningful work and participation in society, not a guarantee of a lifetime of dependence.”

He continues, “Delinking income and work, while rewarding people for staying at home, is what lies behind social decay. Crime, drugs, broken families and other socially destructive outcomes are more likely in places with high unemployment, as is evident in the drug pandemic in the US.”

Would a guaranteed income put workers at a disadvantage in terms of their company salary? In a 2017 report(9), the Organisation for Economic Co-operation and Development (OECD) notes, “A basic income may alter the balance in wage negotiations and there are concerns that it may lead to attempts by employers to reduce wages in response.” On the other hand, the report also points out that UBI could play a major role in ensuring adequate remuneration by giving workers a better "outside option" that would allow them to reject low-paid employment.

10. The real issues are hidden

“The ‘end of work’ premise for UBI is… deeply flawed,” says Sonia Sodha, chief leader writer at the Observer(10). “The lesson from the deindustrialization of recent decades is not that we should get ready to pay cash handouts to those for whom there won’t be any jobs, but that we should be ready to invest in the significant re-skilling needed to train people for new jobs when their old ones disappear.

“We should be fighting for a society in which everyone has the right to a decently paid job that provides them with autonomy and fulfillment, not a future in which a big chunk of the population is consigned to exist on meager state handouts. At best, UBI is a dangerous diversion from how to improve the quality of work.”