How productive is commuting?

With employees increasingly spending the majority of their commute engaged in work, we explore just how effective that time is.

There are few things more discussed and debated in the office than the daily commute and the nightmare journey that colleagues have faced to navigate their way successfully into the office. Whether it’s cancelled trains or fellow passengers disrupting the peace by listening to loud music, precious hours can quickly evaporate away, leaving workers behind on the day’s tasks before they have even sat down at their desks.

Challenging commutes are very much a global problem. Rio de Janeiro has been rated the worst city in the world to commute in with workers in the Brazilian city spending an average of over 90 minutes getting to and from work each day. For commuters living in the city who drive to work rather than take public transport, it equates to 51 hours a year waiting in traffic. For the average adult working from the age of 18 to 65 that means 2,397 hours in a lifetime or almost 100 days!

Although those living in the UK’s capital city, London, fare better on public transport, those who use their car to get work spend approximately 74 hours stuck in traffic. In fact, people living in London have the ninth worst commute in the world, and the worst in Europe. In the UK, according to the Office for National Statistics (ONS), spending two hours each day commuting is now a reality for many workers, who are travelling further, and for a longer amount of time, to work each day.

As commutes become longer, people are increasingly using the time to do additional office work. Findings from the 2019 IWG Global Workspace survey show that 42% of people think that official working hours should include time spent commuting to and from work, as this is not ‘free time’, with 48% of respondents stating that they usually carry out some work tasks whilst commuting to and from work, such as making phone calls and checking emails. In addition, more than half of respondents (51%) think that businesses should subsidise the cost of commuting for their employees.

However, being able to work on the commute is one thing, but is the work you are doing really that productive? Research shows it’s quite the contrary. Lack of seating, loud noises and unreliable Wi-Fi all contribute to work not being done as efficiently as it could be. Long commutes are also stressful, which itself is rarely conducive to productivity. In fact, a 2015 study conducted by the University of Montreal concluded that the more time spent commuting, the more susceptible workers are to chronic stress. 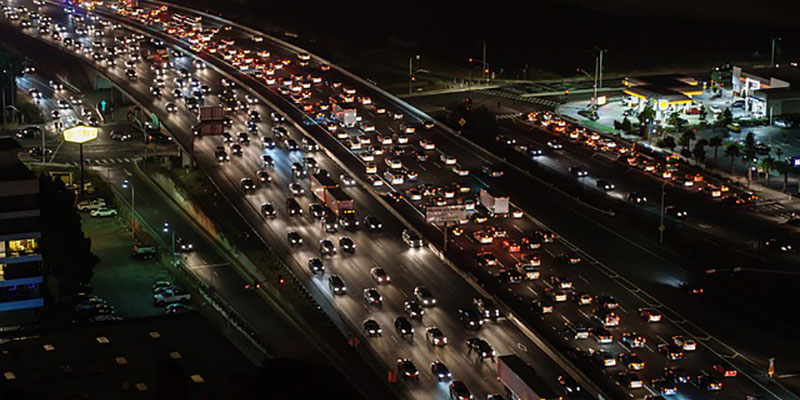 Further research shows it takes only 20 minutes of being in the car, or on a bus, bike or train for workers to be susceptible to chronic stress. This can result in physical and emotional exhaustion, which in turn can seriously hamper productivity. The Global Benefits Attitudes survey attests to this point, finding that levels of workplace engagement significantly decreases when employees experience high levels of stress.

To help support workers to be productive, it is logical that businesses might look for solutions to help alleviate the commute. Flexible working enables employees to arrive at a desk within a stress-free commutable distance from their homes. Employees living in suburbs and small towns are then able to access all the facilities they require from an office, such as high-speed wi-fi but closer to home.

As evidenced, employees are more productive when less stressed, which ultimately leads to better outcomes, higher retention of talent and success for your business.

Find out more about how flexible workspace could help boost your business here.