Protected hours, a peaceful workspace, transparent salaries and genuine perks are just some of the ways to create a healthy, happy and productive working environment, reports Loulla-Mae Eleftheriou-Smith

Eighty-hour weeks? Late night meetings? Sending emails on a Sunday evening? According to the bosses at web app company Basecamp, based in Chicago, work simply doesn’t have to be this busy to be productive.

But, with constant notifications, deadlines and targets to hit, it can be hard to switch off – even though research by the Australian National University has shown that working over 39 hours a week is detrimental to people’s physical and mental health.

In an effort to share their methods of building a happier, more productive workplace, Basecamp CEO Jason Fried and CTO David Heinemeier Hansson have written a book called It Doesn’t Have to Be Crazy at Work. Here, Fried shares his tips and advice. Fried believes people should be able to work eight-hour days, uninterrupted, five days a week, without work bleeding into their personal time and, crucially, their sleep. The health risks of sleep deprivation are widely known, but research by Rand found it affects global economies, too. The US loses the equivalent of 1.23 million working days a year to insufficient sleep, with Japan losing 604,000 days and Germany 209,000. And, when people get enough sleep, they are “more patient with one another, kinder, smarter and more creative,” Fried says.

So, Basecamp doesn’t have mandatory meetings that take up working time and, if people are staying late, Fried will check in with them to find out why, looking at how to rearrange workloads or deadlines to make sure they don’t have to. It’s the same with vacation time – people are prompted to take it, not discouraged from having the time off they’re entitled to. “Protecting people’s time is my responsibility,” Fried says.

Office disruptions are the bane of productivity. In Udemy’s 2018 Workplace Distraction Report, chatty co-workers and office noise were cited as the top reasons why people feel disrupted at work, which impacted workers’ stress and motivation levels.

While many of Basecamp’s staff work remotely, the company has eliminated distractions for the people who do work together by introducing library rules.

“We thought about what space is conducive to learning and thinking and studying, which is what you’re supposed to be doing at work,” Fried explains. “In any library in the world, the spirit is the same – people are quiet and respectful, you don’t bother them, and that’s the perfect model for an office.”

And, if you need to have a conversation, there are rooms where people can go to speak at full volume – just like a library study room.

When Amazon owner Jeff Bezos put his decision to “disagree and commit” to funding a new TV show in a letter to shareholders, Fried and Heinemeier Hansson found the words useful to describe how they make decisions at Basecamp. Bezos believed the proposed Amazon Studios show wouldn’t work, his team pushed for it to be green lit, and he responded by saying: “I disagree and commit and hope it becomes the most watched show we’ve ever made.”

Fried says Basecamp had times where “we would debate endlessly, trying to make sure everyone involved in a decision agreed, but it was arduous, took a long time and the more powerful people in a room got their own way.” Fried believes it’s more important to ensure that everyone gets heard and can disagree with each other without building resentment than getting a unanimous vote. He and Heinemeier Hansson regularly disagree and commit, and they have the same ethos as Bezos. “I want people to be successful,” says Fried. “I don’t want them to fail to prove I was right.”

If there’s one thing that can instantly divide a workplace, it’s salary discrepancies. Research by PayScale found that, in a survey of 71,000 workers, open and honest conversations about pay were considered more important than discussions about career advancement, while a person’s intent to leave a company was directly related to how they felt about pay.

Basecamp changed its salary structure a few years ago. “We realized that it’s one thing to be good at your job, but you shouldn’t have to be a great negotiator to get a good salary,” Fried explains. “It’s fundamentally unfair.”

There is now one salary level tailored to each role, whether for a junior designer, senior programmer or customer service representative. Pay is competitive, paying in the top ten% of the industry, but it removes all the bias that can play into salary setting or trying to match the old payscales of new hires. “We’ve found it’s the sanest way to work,” Fried says.

Trying to create the perfect resumé is an art in itself, but it doesn’t always reveal a lot about a person. That’s why Basecamp hires candidates to work for them for one week to create a project, paying them for their time.

“If we’re going to hire you, the only thing I can judge you on is if you do a project for us. We’re not expecting perfection but it’s your own personal work: you can explain what you did and why, and [we can see] how you handle critique and what you’re like to work with,” Fried says.

Company perks such as free dinners for people who work late, game rooms and free beer on a Friday may sound appealing, but these all create one problem: it makes you stay in the office. Fried calls these "gotcha’ benefits," which Basecamp actively avoids.

Instead, it invests in activities that benefit employees’ lives and, in turn, benefit Basecamp by having happy staff. That means paying for their holidays, giving people money to spend on a wellness activity, whether that’s yoga or buying a bike, and paying for a massage each month – at an actual spa, not in your chair at work – among other perks.

“We’ll send people to amazing places and what’s great is that it’s not just a vacation but an experience they may not have taken on their own,” Fried says. But the company doesn’t do it for applause. “We do it because it feels right,” he concludes.

Loulla-Mae Eleftheriou-Smith is a UK-based journalist who writes for The Independent, The Huffington Post and others. 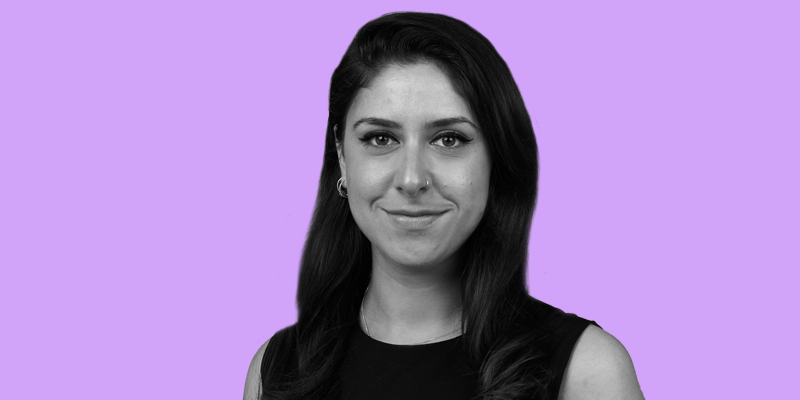 My Regus: the Portuguese PR expert